Lillian Williams grew up in a house on Irish Street in South Boston, and the family then moved to Marshall Avenue. A younger sister did not pronounce "Lillian" correctly, so she was known as "Bill."

She attended Sweet Briar College during the Great Depression, and earned a degree after four years.

After graduation, she attended a finishing school in Washington DC. Her father paid for her tuition to learn secretarial skills and to experience life in the big city, but noticed that no report cards ever arrived. He wrote to the person responsible for the school, and received a short reply that his daughter was "making adequate progress."

While at Sweet Briar, she had accepted an invitation from a student at Virginia Military Institute to a dance in Lexington. In the 1930's, young girls going to such a dance stayed overnight in a home chaperoned by a local woman. When Bill opened the door to greet her date, she discovered instead that she was talking to Tucker Watkins, an old aquaintance from Halifax.

Her date had become too ill to go to the dance, and asked his friend Tucker to substitute for him. She went to the dance and said she thought no more of Tucker afterwards, but he continued to think of her. He soon asked her to arrange a holiday party in South Boston, and they discussed who to invite as couples. When she finally asked Tucker who he would accompany, he replied "Well you, of course." That's when she realized he was interested.

They were married in November, 1940, and went away on a honeymoon. Not long after returning, Tucker was passing a car on a hill and hit another person head-on. He was killed and she went through the windshield. She was in the hospital for three weeks, and had a bridge to replace her missing front teeth for the rest of her life.

She lived with Tucker's parents afterwards in Halifax. After returning from World War II, Tommy Grymes came to visit in Halifax. He had been one of Tucker's close friends, was in the wedding, and had visited her in the hospital after the car wreck. They married in 1947. 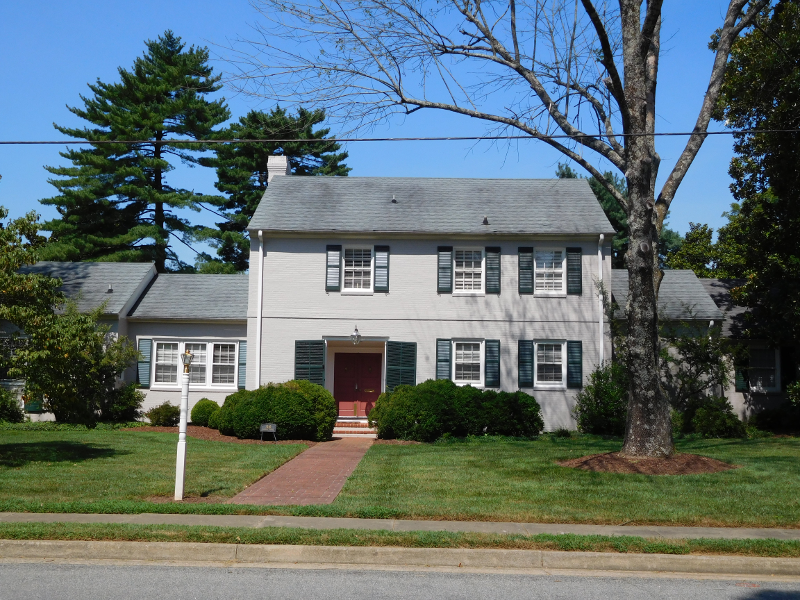