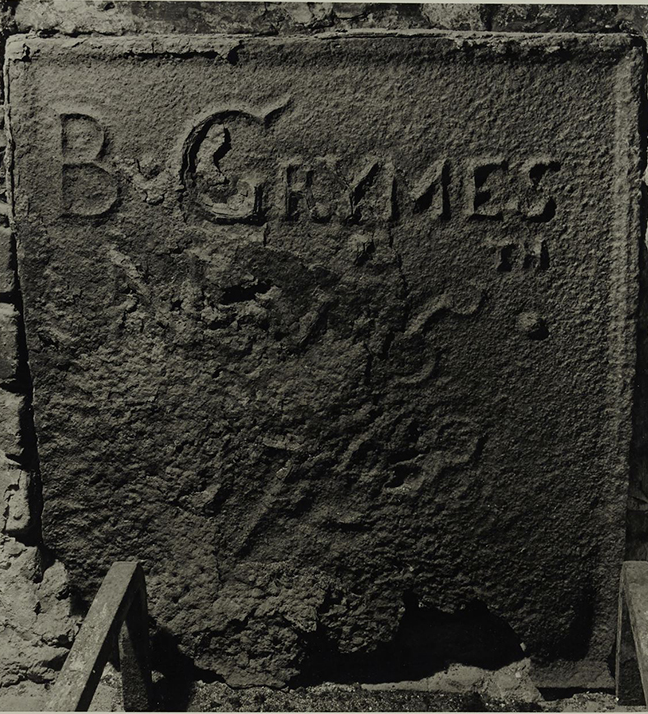 metal back for fireplace, produced in 1758 by iron furnace associated with Benjamin Grymes at Massaponax
Source: Museum of Early Southern Decorative Arts (MESDA)

He purchased his Massaponax lands (6,300 acres in Spottsylvania County) from the heirs of William Woodford in 1758. That same year, he ended his tobacco-shipping business partnership with Anthony Bacon in London.2

Benjamin Grymes was in charge of the iron furnace and forge at Massaponax.3