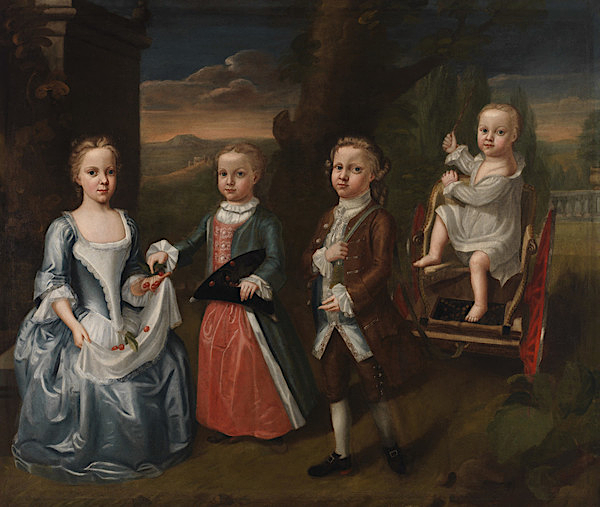 John Randolph Grymes went to England for his education in 1760.

At the start of the American Revolution, he had returned and was living on an 1,160-acre plantation on Gwynn's Island. At that time, it was part of Gloucester County. He was a Royalist, rejecting the option of rebelling against King George III.

Lord Dunmore came to Gwynn's Island in 1776 after burning a portion of Norfolk. It was a surprise move, based largely on the claim by John Randolph Grymes that many Loyalists lived in that part of Gloucester County. The island would be easy to defend, since the British fleet could control all passage across the Milford Haven channel.2 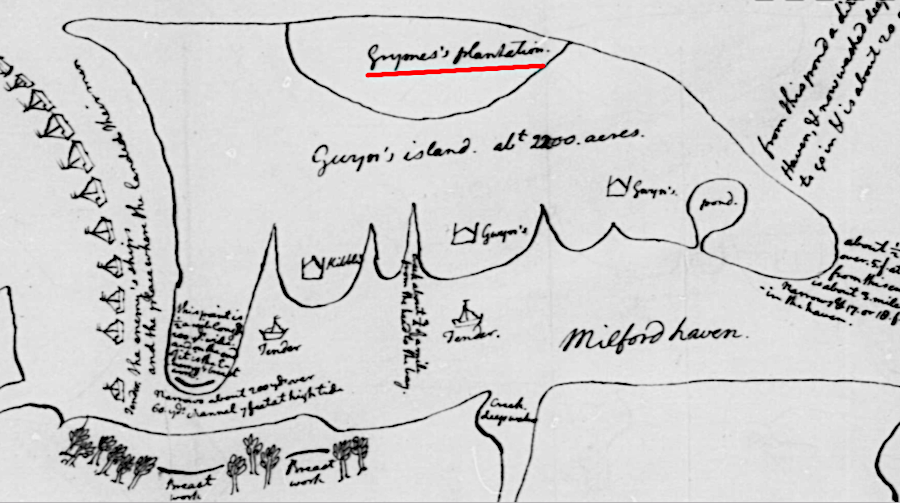 When American rebels brought artillery to Cricket Hill on the mainland, the governor and his British forces were forced from their camp. They quickly evacuated the island and John Randolph Grymes abandoned his plantation. The Williamsburg paper soon reported:3

Mr. John Grymes' effects on the island have fallen into our hands, consisting in thirty-five negroes, horses, cattle and furniture.

The British fleet spent another months in the Chesapeake Bay, then split up. Half of the ships sailed to St. Augustine. John Randolph Grymes stayed with the half of the fleet that sailed to Staten Island.

He became a Major in the Queen's Rangers on September 26, 1776, serving on Staten Island initially under Lt. Colonel Robert Rogers. John Randolph Grymes fought for the British at the Battle of Brandywine on September 11, 1777, and was wounded in the battle.

Colonel John Graves Simcoe assumed leadership of the Queen's Rangers after Brandywine. Rather than serve under Simcoe, Major Grymes resigned just a month later on October 26, 1777.

He could not return to Gwynn's Island. He went to England in 1778, and in 1779 married his first cousin Susannah Randolph in London. She was the daughter of a fellow Loyalist refugee, John Randolph. Randolph had served as the Attorney General in the colony of Virginia, but like John Randolph Grymes he was a Loyalist.

Both men chose to go to England rather than join with the rebels. For prominent Virginia-born leaders, there was no option of staying in Virginia as neutrals. Only Lord Fairfax could manage that balancing act, and he had the personal support of George Washington.