John Randolph Grymes was born in Orange County and migrated to New Orleans in 1808. President James Madison appointed him to be United States Attorney on May 4, 1811, replacing his older brother Philip who had resigned. John Randlph Grymes served in that role until December, 1814.2

He was an aid for General Jackson during the 1814 Battle of New Orleans; unlike his father, he chose to fight on the American side. He served in the territorial legislature and as the Louisiana Territory Attorney General. He fought two duels and was shot in the calf in one. In that case, a lawyer claimed the District Attorney had been too lenient on accused pirates. A description of the dispute refers to "the gregarious high stakes gambler Grymes, who seems to have been the friend of everyone else in town..."3

He was an effective lawyer, persuasive with a voice that reflected his Virginia origins. He was not a scholar well-versed in the Napoleonic Code, but understood how to influence judges and juries. He reportedly never prepared in advance for a trial, and preferred to be known for an undisciplined approach to court cases.

Legal procedure in the territory often was relaxed, and translators were standard for intepreting French for English-speaking jurors and vice-versa. At one trial, when Grymes was speaking in English the French jurors were allowed to leave the courtroom and cool off outside. When he traded places with his French-speaking partner, the English-speaking jurors were discharged while the French-speaking ones were recalled to the jury box to hear the same testimony presented in their language.

In his personal life, John Randolph Grymes was as undisciplined as in his preparation for a case:4

He has a decided taste for luxurious living, for horse-racing, cock-fighting, and card-gambling.

Grymes resigned his office as District Attorney and worked in partnership with Edward R. Livington to represent accused pirates. When Governor William C. C. Claiborne had Jean Lafitte and others indicted, the two lawyers supposedly charged an outrageous fee of $20,000 each and won acquittals. Reportedly John Randolph Grymes then visited Barataria Bay, where Lafitte and his men enjoyed their high living. He so enjoyed their company and gambling that within a week he had squandered the $40,000 charged in legal fees.5 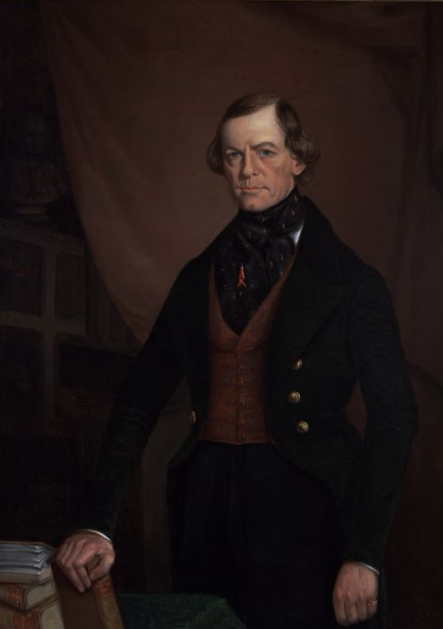